Vidal Sassoon's impact is so profound in so many ways, even forty years after his revolution, he is inarguably the most important person in hairdressing, ever. He is the ultimate hero. His life serves as an extraordinary inspiration to millions of people, reminding them what is possible with the right commitment and passion.
-Michael Gordon, Producer

A feature documentary spanning 80 years of revolution in culture, as told through the life of one extraordinary man, VIDAL SASSOON THE MOVIE is the revealing and inspirational story of how one man changed the world with a pair of scissors.

A true rags to riches tale, the film traces Sassoon’s path from a London orphanage to international success and celebrity. It follows Michael Gordon, founder of the haircare company Bumble and bumble, as he sets out to document Vidal's life in a richly visual book. Sassoon's story comes alive as the design of the book unfolds. 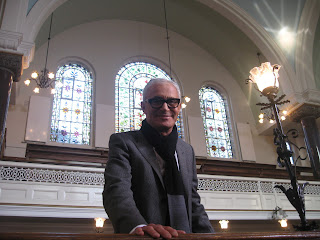 Living through war and poverty, the seeds of his future are spawned as young Vidal becomes driven to rise above the circumstances of his birth. Spurred by his mother’s dream that her son would find success as a hairdresser, Sassoon apprentices in a local salon. “I made up mind, if I was going to be in hairdressing, I wanted to change things.” Through tireless hard work and commitment, he struggles to modernize the old-fashioned world of hair; with modern architecture as his inspiration, Sassoon focuses on geometric shapes and angles that literally changes the way women look, and ushers in the social revolutions of the 60’s. Salons, schools and products follow all over the world, and his tag line, “if you don’t look good we don’t look good” becomes a defining cultural touchstone. 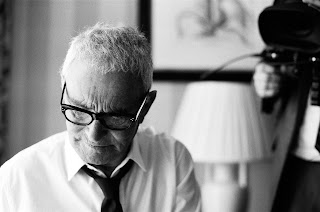 ﻿
With an added emphasis on his inspirational drive, VIDAL SASSOON THE MOVIE shows Sassoon to be not only one of the great innovators of our time, but a cultural life force as relevant today as ever.
Phase4 Films will release VIDAL SASSOON THE MOVIE on February 11, 2011 in New York; February 18, 2011 in Los Angeles, and other markets nationwide in late February and March 2011.


Thanks to Kenneth Rosenstock (42west) for giving me the opportunity to post this information.
﻿
Posted by Unknown at 1:15 PM