A Flag for the Flying Dragon, by Carole P. Roman 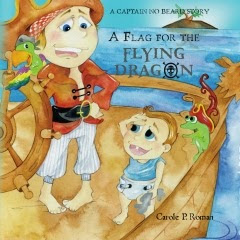 Title: A Flag for the Flying Dragon


About the Book
It's business as usual on the Flying Dragon. Their mission is to find a flag for the ship. Captain No Beard sighs, "Being a captain is hard work," as he watches the busy crew preparing the vessel for their next adventure. Polly is giving out pretzels; Linus is polishing a lamp. Matie is cracking coconuts, Cayla is stuffing holes, and Hallie is swabbing the deck. High overhead, trouble is brewing, and it is not the weather. Mongo does not want any help from the newest crew member, and it is creating a hurricane of a mess on board. The team must come together and find a task that will fit Zachary without interfering with their own fun. On the way, they acquire a flag that will unite them as both friends and crew. Join the problem-solving crew of the Flying Dragon as they find a flag for their ship and a job for Zach.


My Take
I really love these books. Every time I get one, my daughter immediately picks it up and starts reading them. It is nice to see a book that is written for children that have learning lessons in them. It is simplistic enough for them to actually understand the lesson themselves.

This time around, the "crew" go out on the seas again. This time, the captain is looking for a flag to be flown from the ship. In the mix of all of this, a new crew member is trying to find his place amongst the crew. Everything that he is told to do doesn't go well. Then finally, the captain finds something for him to do. It is one of the most important jobs.

In this story, the crew learns how to get along. Every place that Zach (the new crew member) tries to help, he makes a mess and doesn't wind up helping. Most of the time, the other crew members don't want him to help. One thing they have to learn is how to all get along and find something for everyone to do. This is what makes a great crew. 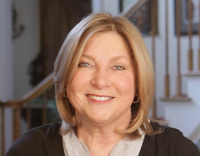 Carole P. Roman is the award-winning author of the Captain No Beard series. Both Captain No Beard-An Imaginary Tale of a Pirate's Life and Captain No Beard and the Aurora Borealis have received the Kirkus Star of Exceptional Merit. The first book in the series was named to Kirkus Reviews Best 2012. Each book has won numerous awards, namely the NABE Pinnacle Award, ERIK Award for 2013, ForeWord Review Five Star, Rebecca Reads, and Reader's Views Children's Book of the Year 2013. Recently it was awarded the Marble Book Award for Best Illustration in a series for Bonnie Lemaire's stunning illustrations.

This complimentary book was given to me by Red Feather Productions for my honest review.
Posted by Unknown at 4:45 PM