Disclosure: I got this product as part of an advertorial. 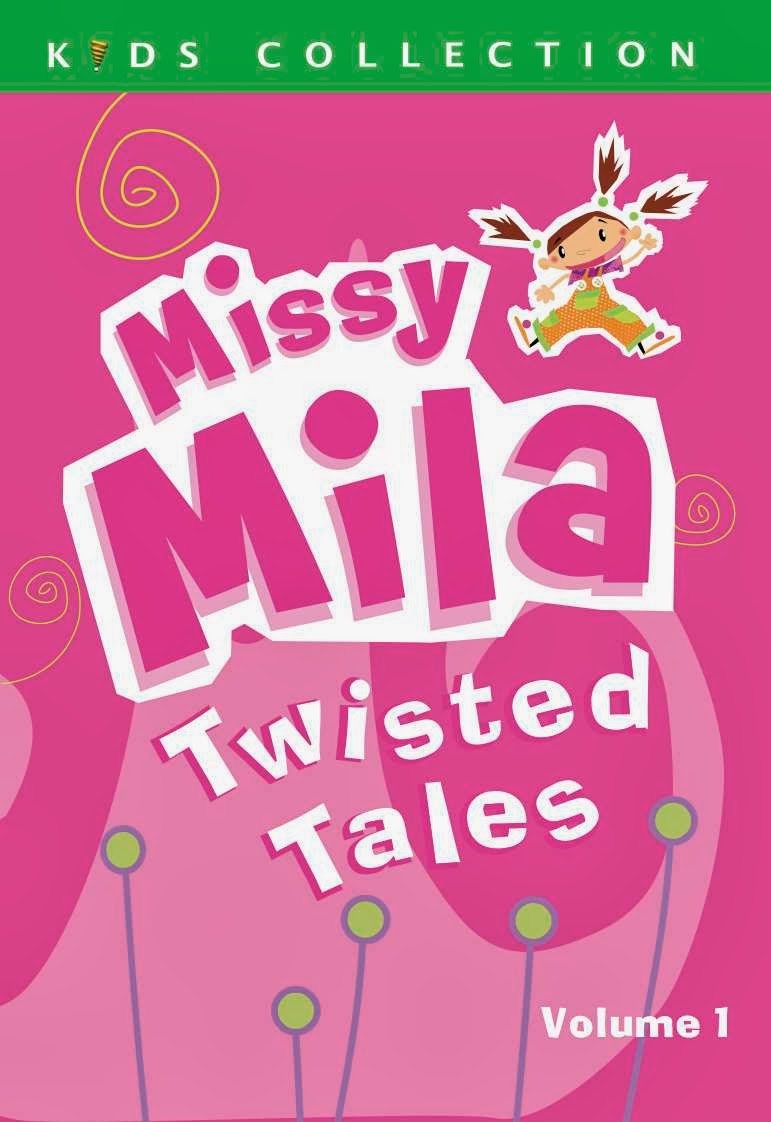 Mila is an 8-year-old quirky, energetic tomboy who loves to tell you traditional story-tales but with her own twist. Kids will be inspired to use their imagination and to become storytellers themselves. Audience participation is triggered by Mila's direct-to-camera asides all along the episode; her questions and games bring kids right into the story. Join Mila, laugh at the zany dialogs and fresh art in this innovative series which explores the world of classic tales.
Traditional tales are timeless stories that everyone loves to delve back into, generation after generation. Far from old-fashioned clichés, the series “Missy Mila: Twisted Tales” revamps this cultural heritage through the imagination and spontaneity of a present-day little girl. Mila’s stories are peppered with spicy anachronisms and offbeat re-interpretations. So, don’t act surprised if you see a prince applying hair gel before setting out to rescue a princess, unless the latter is a kung-fu champion, that is! As for the dreadful Minotaur, Mila prefers to picture him as the Toupouloupou, a sweetie pie with a sweet tooth. And why do the wolves always have to be depicted as the bad guys? And, in her very personal adaptation of the Three Little Pigs, Mila swaps the awfully shy big bad wolf for an affable bull that… rocks!

Missy Mila Volume 1 includes the episodes: The Hidden Princess, The Toupouloupou, Baba Yaga the Witch, Djoha’s Last Lie, Piboule and the Bear, Strabiwolf the Telltale, the Donkey and the King, The Houses of the Pig Brothers, Elvis, Captain Bloody-Nose the Pirate, The Leprechaun’s Treasure, Aurel the Mocker, Pancho Pimento’s Riddle.

My views: My child is a little older than the age for this particular DVD, but that didn't stop her from wanting to watch it. The first thing that grabbed her attention was the color of the DVD. Second, were the titles of the stories. Since she is older, she was able to read the titles for herself. As she was reading them, she was getting excited to actually watch to see what the different stories were going to be like compared to their titles.

Mila really grabs your attention with her happy hyper self. She really attracts the attention of your young one and will have them watching for hours, or at least an hour and forty minutes. She engages your child by asking them questions about the particular episode they are watching. She moves around just like a young person would, so your child can identify with her and stay more interested.

I highly recommend this DVD for you and your child to sit and watch together. Like I stated before, the stories are very engaging and they will fall in love with Missy Mila and enjoy watching her pop up in each of the stories.

I received one or more of the products mentioned above for free using Tomoson.com. Regardless, I only recommend products or services I use personally and believe will be good for my readers.
Posted by Unknown at 12:56 PM