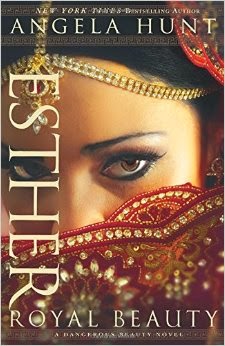 
About the Book
When Xerxes, king of Persia, issues a call for beautiful young women, Hadassah, a Jewish orphan living in Susa, is forcibly taken to the palace of the pagan ruler After months of preparation, the girl known to the Persians as Esther wins the king's heart and a queen's crown. But because her situation is uncertain, she keeps her ethnic identity a secret until she learns that an evil and ambitious man has won the king's permission to exterminate all Jews - young and old, powerful and helpless. Purposely violation ancient Persian law, she risks her life in order to save her people...and bind her husband's heart.

My Take
I really like the story of Esther. So when I saw I had the chance to review this book, I was ecstatic. But for some reason, this book didn't wow me. I don't know if it was the fact that I know the story and in this particular book it was done in the "not so traditional" way. It could have been the elaboration to make this story more interesting that I didn't like. I do understand that one would have to stretch it a little to create a more enjoyable story for most people reading, but for me, sticking the facts is what I like better. I guess I should have paid more attention to the part where it stated that it was a novel.

I must admit I fell in love with the cover and the back of the book. They were both beautifully done. The jewels, make-up and colors of head dress I felt really made the book stand out. I also love books that focus on different people per chapter and that is what this one does. It would have been nice if we could have had a point of view from Mordecai. But I guess the story being about Esther made more since with it being from her point of view and one of her palace helpers.

All in all, it was an okay story of Esther. Like I stated before, more to the point of the Bible would have been better for me, but I guess it wouldn't have been considered Biblical Fiction if that were the case. 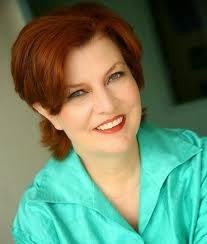 Christy-Award winner Angela Hunt writes for readers who have learned to expect the unexpected in novels from this versatile author. With over four million copies of her books sold worldwide, she is the best-selling author of more than 100 works ranging from picture books (The Tale of Three Trees) to novels.

With nearly four million copies of her books sold worldwide, Angela Hunt is the New York Times bestselling author of The Tale of Three Trees, The Note, and The Nativity Story. Angela's novels have won or been nominated for several prestigious industry awards.

This complimentary book was given to me by Bethany House in exchange for my honest review.