Food Allergy False Positives, Maybe, But I Don't Think So. 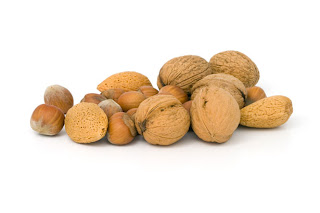 Just the other day, I was flipping through the television channels when I came across a news snippet about kids and food allergies. For a brief moment they talked about how kids can have false positives and not even be allergic to half of the things that the tests are saying they are allergic to. They were trying to warn parents to be careful with some of these test because half of them don't come out right.

Well, I beg to differ. I have a daughter who has been tested a couple of times and I can say for a fact that she IS allergic to the items listed on her results. I have seen her react to some of the nuts or seeds or even beans. It is not a fun thing to go through when you see your child's facial expression change from happy to sullen. It is scarey to think that can this be the moment when I am going to have to use the epi pen. Now, I don't mean to harp on anybody, but some of these people who are going on the news and saying that "kids and food allergies" aren't real, really piss me off. They don't have to talk to people before their child eats something. They don't have to sit and worry if their child is going to be okay when they are at school. If they had to, I bet they would sing a different tune.

I remember being on the internet and looking at some other people's posts to see what they had to say about food allergies and you would be surprised how many people I found who thought food allergies was just in the brain and not real. Once again, shocking, but true. It really amazes me how this is becoming a topic of discussion. At least, a little bigger than it should be.

Now I have heard of people who have had a bad reaction to food and then went for testing and it came back negative. But I have never heard of anyone who tested positive for a food allergy and then was able to eat it. I know they have different levels of food tolerance and maybe that is what they are talking about. And if it is, they need to say so instead of saying food allergies aren't real. Maybe it is just me, but I know I have enough Twitter/Blog friends to know that food allergies are REAL and not just something that is made up in one's head. Because I am not the only one, who has to worry about themselves or their child and food.
Posted by Unknown at 5:15 AM