Captain No Beard: An Imaginary Tale of a Pirate's Life, by Carole P. Roman 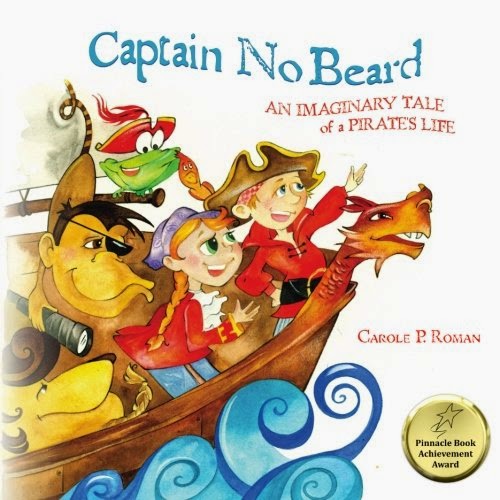 Title: Captain No Beard: An Imaginary Tale of a Pirate's Life

About the Book
Captain No Beard and his pirate ship The Flying Dragon set sail for a voyage of the imagination with his fearless crew of four: First Mate Hallie, Mongo the Monkey, Linus the loudmouthed lion, and Fribbet the floppy frog. Normally a young boy named Alexander, his cousin Hallie, and three stuffed animals, once they board his bed their world is transformed into a magical vessel sailing the seven seas on dangerous and exciting adventures!

My Take
This is another cute series that my daughter and I have been lucky enough to read together. The adventures they go on are amazing and you will find some sort of message in each one of them. The story is written simply enough to where your child can read the book to you or by themselves. With a little imagination and  your child jumping onto their bed, just like Alexander (Captain No Beard) and his cousin Hallie (First Mate Hallie), they can be taken on a journey along with their "stuffed" friends.

In this story, they go on a trip and the waters get rough. In order to make sure everything goes well, they have to work together to make sure everyone makes it to safety. Captain No Beard learns that being the main person in charge isn't as easy as he thought it would be.

The graphics are just as amazing as the story. They are so cute. You can really feel what the characters are going through because of the expressions on their faces. They are very detailed. The colors are very vibrant, which will keep your children wanting to read the story.

I really like this series and think that you will too. So, go out and purchase it and add it to your collection. 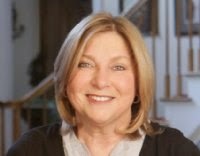 Captain No Beard An Imaginary Tale of a Pirate's Life is Carole P. Roman's first book in this series and was named to Kirkus Best 2012, received the Star of Remarkable Merit, the Pinnacle Award for 2012, and just recently The Erik Metzroth Award for Best Children's book 2013.


I received this complimentary book in exchange for my honest review.