The Lodger, by Louisa Treger 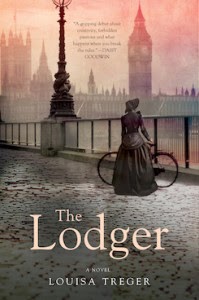 About the Book
Dorothy Richardson is existing just above the poverty line, doing secretarial work at a dentist's office and living in a seedy boardinghouse in Bloomsbury, when she is invited to spend the weekend with a childhood friend. Jane has recently married a writer who is hovering on the brink of fame. His name is H.G. Wells, or Bertie, as they call him.

Not wanting to betray Jane, yet unable to draw back, Dorothy free-falls into an affair with Bertie. Then a new boarder arrives at the house-striking Veronica Leslie-Jones and Dorothy finds herself caught between Veronica and Bertie. Amidst the personal dramas and wreckage of a militant suffragette march, Dorothy finds her voice as a writer.

My Take
This was a amazing read. I really liked the story. Every time I picked the book up to read, I felt this calming feeling as I went from one page to the next. The story takes you to another world and draws you in to the point to where you can actually visualize the people and the places they go. This to me, shows a really great author. One who truly knows how to write. Seeing how this is her first novel and realizing how great it is, I know she will have more great reads to come.

We are taken on a journey in the time of the twentieth century through the eyes of Dorothy Richardson. She is not doing all that well financially, but is able to survive. It starts of with her spending some time with an old friend and realizing that she has fallen for her husband. Even though that is something that shouldn't be touched, they decided to start to see each other. In the midst of it all, she meets up with a lady named Veronica, who winds up caring for her also. Dorothy is torn between who to care for. During that time, a life with Veronica would be looked upon as not being normal. Then again, if she stays with her friends husband, she could ruin a very important friendship. Along the way, she decides that she wants to take a stab at writing, just like her lover, who happens to be H.G. Wells. Through all of this, she experienced a major life altering crisis. Who does she choose? How does her life turn out? Does she become a writer? Of course your going to have to read the story to find out.

I can't see anyone not liking this book. It was well written and is a simple read. The story and dialogue isn't too over complicated so you can easily get in to the story and not want to put the book down. 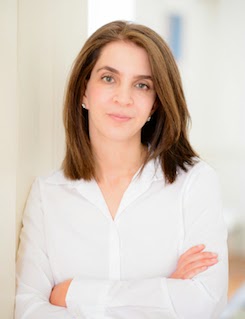 Louisa Treger, a classical violinist, studied a the Royal College of Music and the Guildhall School of Music and worked as a freelance orchestral player and teacher. She subsequently turned to literature, earning a Ph.D. in English at University College London, where she focused on early-twentieth-century women's writing and was awarded the West Scholarship and the Rosa Morison Scholarship "for distinguished work in the study of English Language and Literature." The Lodger is her first novel.

I was given this complimentary book by Kathleen Zrelak for my honest review.
Posted by Unknown at 12:47 PM