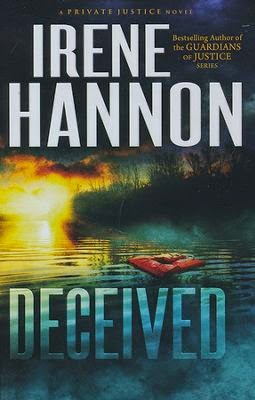 About the Author
Irene Hannon is the author of more than forty-five novels, including Vanished, Trapped, and the bestselling Heroes of Quantico and Guardians of Justice series. Her books have been honored with two coveted RITA Awards from Romance Writers of America, a Carol Award, two HOLT Medallions, a Daphne du Maurier Award, two Reviewers' Choice Awards from RT Book Reviews magazine, a Retailers' Choice Award, and a National Readers' Choice Award. In addition, she is a Christy Award finalist, and Booklist included one of her novels in its "Top 10 Inspirational Fiction" list for 2011. She lives in Missouri. Learn more at www.irenehannon.com.

About the Book
For three years, Kate Marshall has been mourning the loss of her husband and four-year-old son in a boating accident. But when she spots a familiar-looking child on a mall escalator, she's convinced it's her son. With police skeptical of her story, she turns to private investigator Connor Sullivan for help. As the former Secret Service agent digs into the case, the boating "accident" begins to look increasingly suspicious. But if Kate's son is alive, someone is intent on keeping him hidden--and may go to lethal lengths to protect a sinister secret.

My Take
As I read through this book, I noticed there were times when I did not want to put the book down. It had me on the edge of my seat waiting to find out what was going to happen next. I was really excited when key points were revealed and the story was coming together and to and end. I felt like I was on the journey with Kate as she was trying to piece the puzzle together. Trying to visualize each character and seeing there emotions unfold on the pages, was a treat in itself. If you don't think you will enjoy this book, you are wrong. Irene Hannon is an amazing writer and will keep you reading until the end.

Irene Hannon's writing style is very simplistic, so you will not have a hard time getting through the story. When I get in to books, I usually visualize everyone and everything that is going on. Not so much in this one. I kind of was able to see everything around them and maybe one or two characters, but not necessarily their faces. I don't know if I was so engrossed into the story that it just didn't seem to come up or if she just wasn't descriptive enough. But it didn't matter. I still enjoyed the story just the same.

I am not one who likes to read romance novels, as this one is listed as Romance Suspense. I felt as though she didn't overdue it to the point to where it took over the story. It was just the right amount and I actually enjoyed that part of the story too.

Deceived is book #3 in the Private Justice series. Book #1 is Vanished and book #2 is Trapped. After reading #3 ( I always tend to read things out of order), I think I am going to go back and read #1 and #2. If they are as good as this one, the deserve to be given a chance.

This complimentary book was given to me by Revell for my honest review.