If You Were Me and Lived in Mexico...A Child's Introduction to Cultures Around the World, by Carole P. Roman 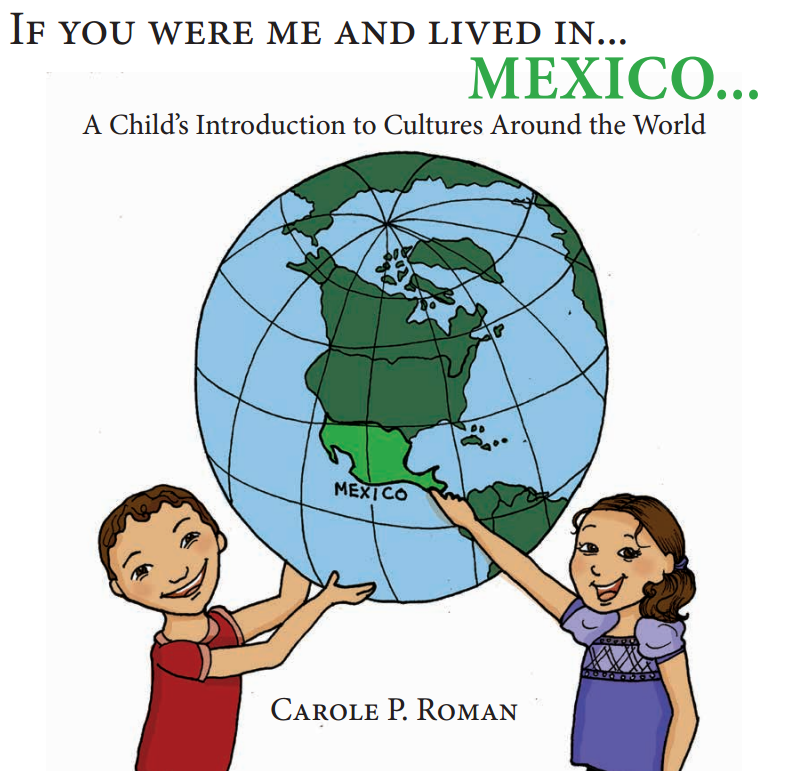 Title: If You Were Me and Lived in...Mexico

Series: If You Were Me and Lived in...

About the author:
Carole P. Roman is the award-winning author of the If You Were Me and Lived in... series, which won the NABE Pinnacle Book Achievement Award in 2012. She collaborated on this installment in the series with her five year old grandson, Alexander. Roman also writes the Captain No Beard series, the first of which was named a Kirkus Best of 2012, received a Star of Remarkable Merit, and won The Pinnacle Award in 2012.

About the book:
If You Were Me and Lived in...Mexico...A Child's Introduction to Cultures Around the World is the first entry in an informative  and exciting new children's series that focuses on learning and appreciating the many cultures that make up our small planet. Perfect for children from Pre-K to age eight, this book is a groundbreaking new experience in elementary level education. Interesting facts and colorful illustrations help children realize that although the world is large, people all over the globe are basically the same.

My take:
I am a big fan of this series. I wish they had books like this when I was young or even if they did, I wish my parents found them. I know my daughter has learned a lot from this series. Every time I hand her one of these books, she comes back with more knowledge than she had before.

Like all the other books, it starts out with a had drawn picture of Mexico and it shows right where Mexico City is located. Then as soon as you turn the page, you see where it is located on the globe. Children will also learn about Mexico City and one of the historic buildings, Palacio de Bellas Artes. You also will learn what some children's names are and how you would address your parents if you lived in Mexico. You also get to learn about the different foods that they eat and the name they use for money. Children will also learn the popular sport that is played and what you would call a doll, if that is something that one liked to play with. There is also information regarding going to school and a famous holiday that they celebrate.

The pictures are just as engaging as the story. The cartoon like colorful characters will no doubt draw your child's attention to the book and keep them engaged in the story. Also, the actual pictures are in cartoon form, not just the characters, which I know a lot of children will like.

Toward the back of the book is a pronunciation guide to help you out with the words that are in another language. So not only do you get to learn about a new country, you can pick up on some of the words and use them in your every day life.

This complementary book was given to me for my honest review.

Email ThisBlogThis!Share to TwitterShare to FacebookShare to Pinterest
Labels: A Child's Introduction to Cultures Around the World, book review, Carole P. Roman, children's books, children's series, If You Were Me and Lived in...Mexico, Mexico